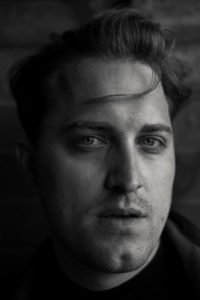 Sascha Emanuel Kramer already made his debut at the Salzburger Festspiele in 2013, when he was part of the Young Singers Project (“Akademie Meistersinger”), singing the role of an apprentice (in Meistersinger von Nürnberg). In 2014 he performed in several Suisse theaters, singing the tenor part in Mozart’s opera “Il Re Pastore”. He is also a keen recitalist, who has already performed in the Tonhalle of Zurich(UA 2014: “Corona”, Matthew Aucoin). In 2015 Sascha Emanuel Kramer sang Beethoven’s 9th Symphony with the ensemble Spira Mirabilis in different theaters in Italy. In 2015 the promising Swiss tenor sang Beethoven’s 9th Symphony in such splendid venues as the Tonhalle in Zurich, the Victoria Hall in Geneva, the Kulturkasino in Bern and in the Stadtcasino in Basel.

In 2015/2016 Sascha Emanuel Kramer was part of the prestigious Accademia Teatro alla Scala, where he got many valuable musical suggestions by famous maestros, such as Renato Bruson, Luciana Serra, Luciana D’Intino and Vincenzo Scalera. He also made his debut at the renowned Teatro alla Scala singing the role of a Soldier (in Wozzeck), Tierhändler (in Rosenkavalier) and Monostatos in a new production of the Magic Flute, put on stage by Peter Stein.

From 2016 to 2018 Sascha Emanuel Kramer was part of the International Opera Studio of the illustrious Staatsoper Hamburg. During this time, he sang several important roles such as Tamino (in “Erzittre, feiger Bösewicht!), Malcolm (Macbeth), Borsa (Rigoletto), Flute (Midsummer Night’s Dream), Andres (Wozzeck) and Jaquino (Fidelio).

As a much sought-after Tamino of the youngest generation, he has already sung new productions of the „Magic Flute“ in several important theatres such as the Staatsoper Hamburg, the Grand Theatre Shanghai, the Opera de Toulon and at the Greek National Opera in Athens.

In 2018/2019 he made his first appearance at the Biennale di Venezia singing the main role of Dalí in the world premiere of „El sueño de Dalí en una noche de Picasso“. He also sang several concerts with the Klangforum Wien (“Das Lied von der Erde”) and  made his first appearance at the Beethoven-Festival in Bonn, singing “Das Paradies und die Peri”, as well as Gaston/Graf Albert in a new production of “Die Tote Stadt” at the Teatro alla Scala. In the same season he was singing Jaquino back to back at the Teatro di Bologna as well as at the Staatsoper Hamburg.

His first appearance at the Kölner Philharmonie as well as singing “Die Winterreise” by Franz Schubert in several places in Switzerland will mark other important debuts in 2022.

Sascha Emanuel Kramer is laureate of the “Prof. Armin Weltner Stiftung” as well as awardee of the “sic itur ad astra foundation“.